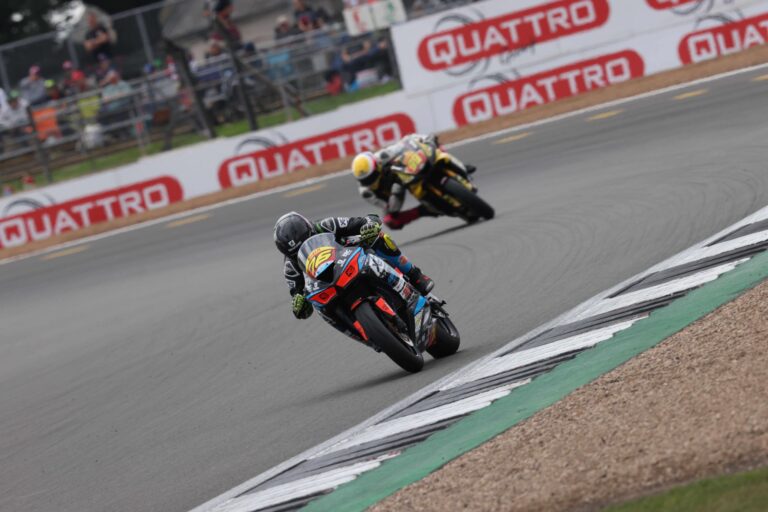 LUKE Verwey is feeling confident about the remainder of the season after narrowly missing out on a points finish as the Pirelli National Junior Superstock Championship hit Silverstone at the weekend.

The 22-year-old from nearby Silverstone village headed to his home track after making big strides last weekend at Snetterton and was eyeing a strong finish.

But a number of technical issues after a crash meant he made limited progress on the National circuit as he just missed out on a top 15 score.

After opting to sit out Friday’s wet FP1 with no rain forecast for the rest of the weekend, the Team XG Racing Kawasaki rider was quickly setting personal bests in FP2 as he finished the session 18th, just a second off the top three.

Five laps into qualifying, however, it was all hands on deck as he crashed and sprinted back to parc ferme as his mechanics immediately got to work. And despite a frantic few minutes, he was able to get back out for one last effort as he salvaged 25th position on the grid.

As Sunday’s race got underway, he made a solid start and gained seven places on the first lap before the safety car was deployed to deal with several crashes.

When action resumed, he got his head down and within a few laps was up to 16th, within reach of a points finish. He was soon caught up in a three-way battle for position before being pipped at the very last corner as he crossed the line 18th.

And although he knows he could have potentially been up inside the top 10, Luke is already looking forward to the next round at Oulton Park – where he had his best finish of the season earlier this year.

Luke Verwey:
“Going into FP2 straight away I went way faster than I’d been before so I was really happy with the pace,” he said.

“But I had a nightmare of qualifying and I finished P25, I ended up crashing five laps in and it was quite a fast crash at turn one. I sprinted back over to parc ferme where the bike was going to be dropped off, called my mechanics over to fix the bike there and I still got back out.

“The only downside was there was definitely a technical issue scrubbing loads of power. But the bike was still rideable and it was one of those things – it happens.

“Just before the race I had an electrical problem with the bike so we had to sort it and I only just made it to the grid. It looked like the issue was fixed on the dash but it was still there so the race was quite hard. I managed to finish 18th.

“It’s frustrating because I think without the issue, I’d have been solidly in the points, maybe even 10th.

“I’m looking forward to Oulton now and hopefully all these gremlins can go away and we can have a good weekend.” 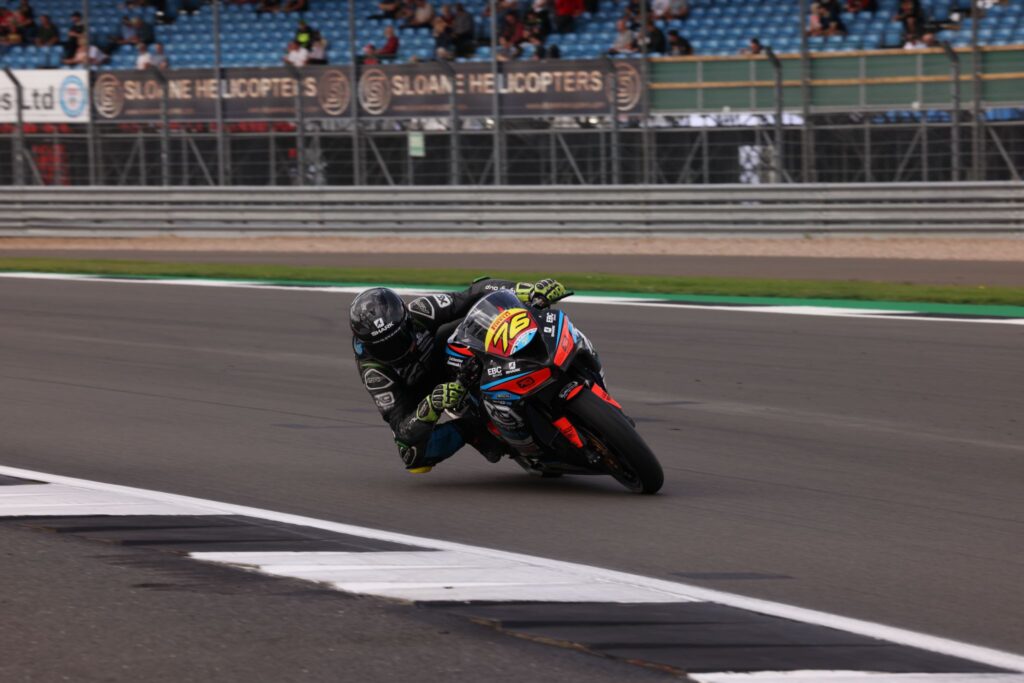 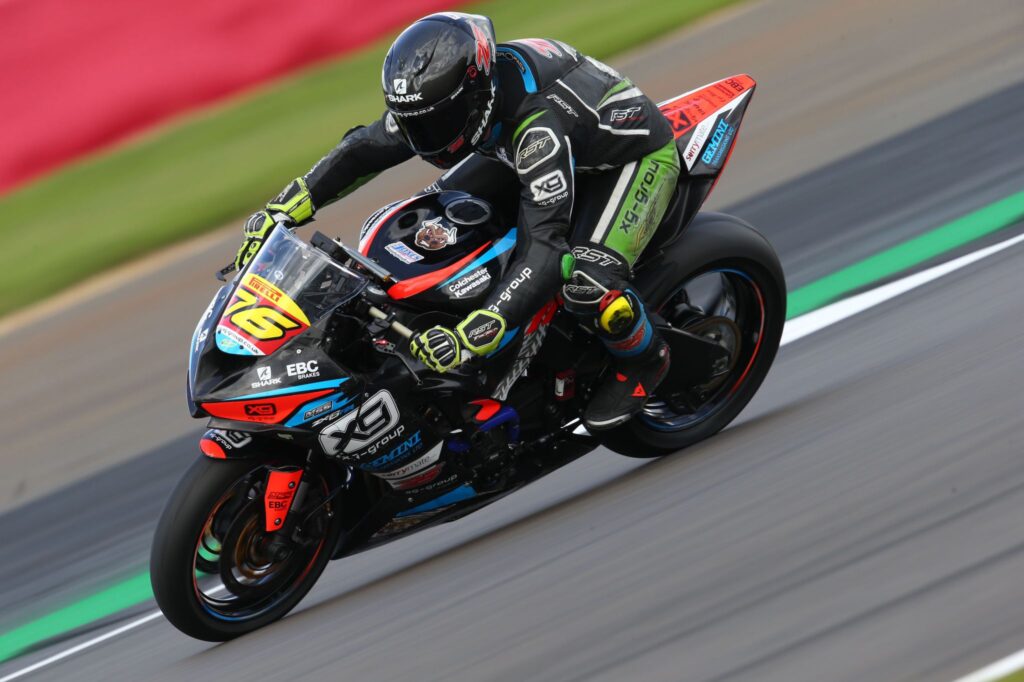