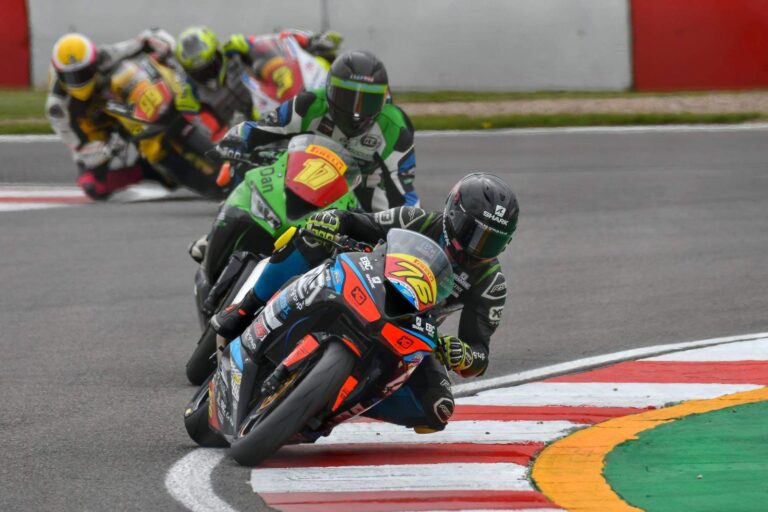 LUKE Verwey narrowly missed out on a points finish at Donington Park as he crossed the line 16th after a solid weekend in the Pirelli National Junior Superstock Championship.

As the championship returned to the iconic track for the second time this season – this time to tackle the shorter National circuit – Verwey enjoyed one of his best weekends of the season so far as he made big steps forward.

After a strong start to the weekend, the 22-year-old qualified 23rd for Sunday’s 20-lap race aboard his Team XG Racing Kawasaki.

At the start he got a quick getaway, making up three places in the opening lap to move up to 20th and from there, continued to push on. Over the course of the race he continued to pick up places and picked-off a handful of riders to cross the line 16th at the flag.

And while he narrowly missed out on a points finish, Verwey left the track feeling upbeat about the remainder of the season having seen a big improvement in his lap times over the weekend.

Luke Verwey:
“It was a positive weekend and on the whole I’m happy with how it went,” he said. “First practice was quite good, I ended 12th which was actually one of my fastest sessions of the weekend and the changes we made didn’t seem to work for me in FP2 – I didn’t end up going faster, which is unusual for me.

“Going into qualifying I was quite confident I could go faster but I ended up 23rd – I think even if I’d just found another 0.2secs I could’ve jumped all the way up to 16th or 17th, but these things happen and you can’t dwell on it.

“I felt positive ahead of the race because I knew I could go fast. Even in the first session I’d gone half a second faster than I ever had at the Donington National circuit.

“I started P23 and ended 16th, which is quite good. It’s obviously not the points finish I wanted but I’m going to take the positives towards Cadwell Park this coming weekend and hopefully we can have some really good results there.

“Overall, it was quite a good weekend. We’re going in the right direction, the bike is feeling great so I’m looking forward to more.” 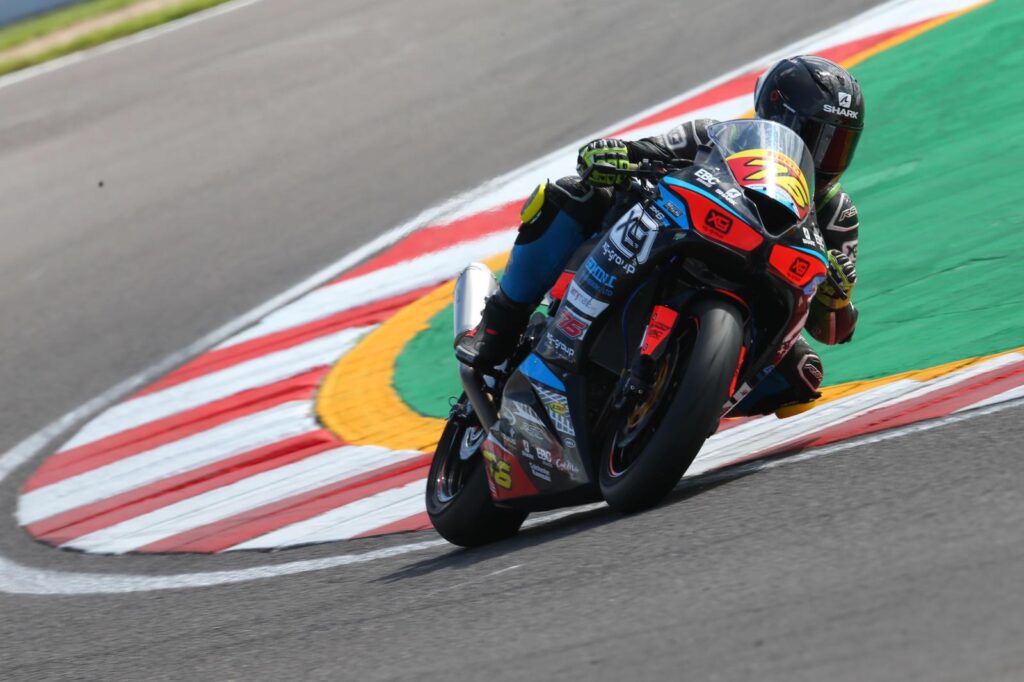 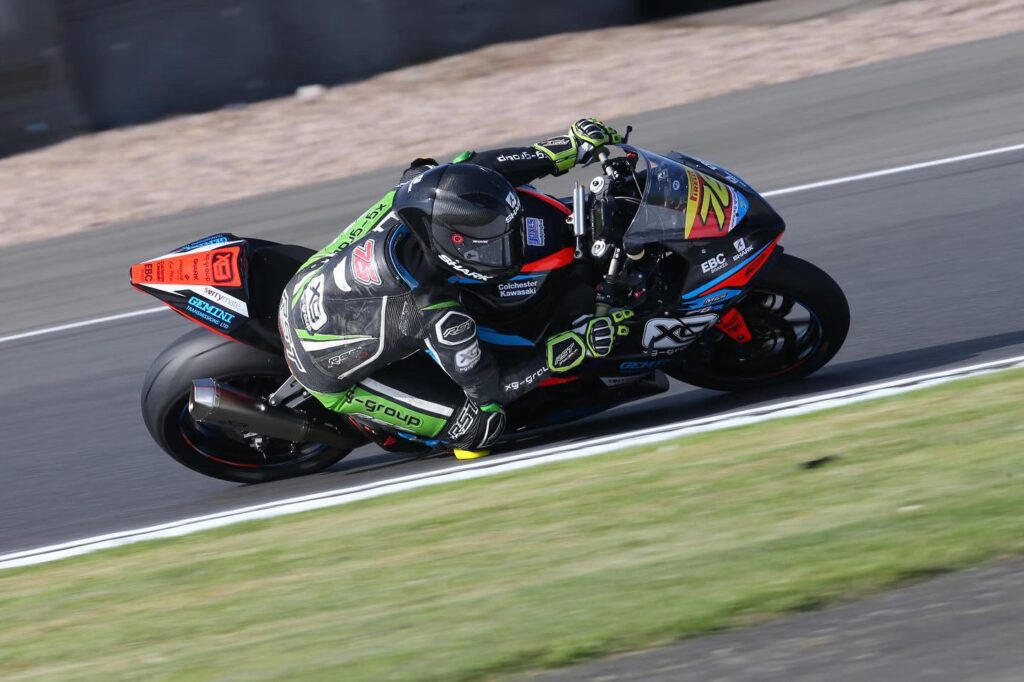