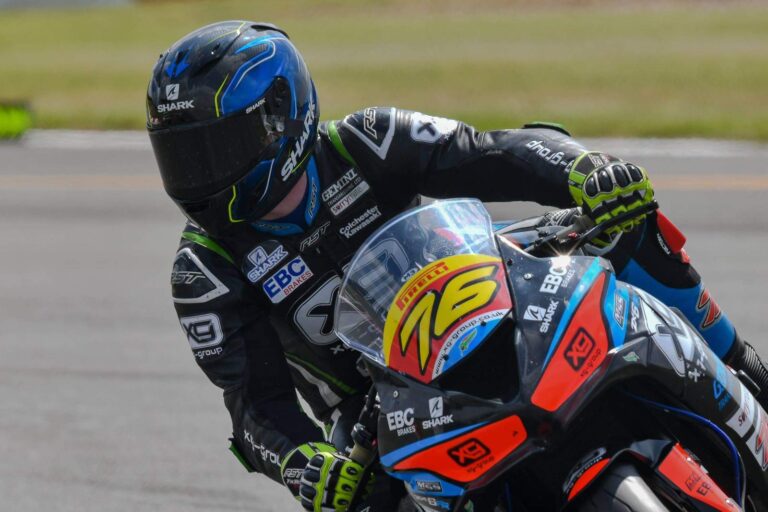 LUKE Verwey is taking the positives from a tricky weekend at Donington Park where he battled back from an early crash to secure two top 20s at the second round of the Pirelli National Junior Superstock Championship.

Just a week after the season kicked-off at Oulton Park, the 22-year-old and the Team XG Racing Kawasaki squad were back out at the famous track as part of the World Superbike Championship support programme.

With late changes to the calendar, the second round featured three races across a busy weekend, starting with free practice on Friday where he was satisfied with his progress.

However, as the weather took a turn for the worse for qualifying on Saturday, he crashed after two laps before he had time to set a good qualifying time, forcing him to start from 32nd on the grid.

The team rallied round to fix his Kawasaki and just completed the job in time – rushing through scrutineering on the way to the start line, narrowly making it out to assume his grid position on colder tyres than would have been ideal.

Despite this, he made up a few places after a good start but was then hit by a small mechanical issue and he headed into the pits to fix it. As a result he rejoined 36th and spent the remainder of the race playing catch up as he clawed back a few positions to finish 32nd.

With the weather better for Sunday’s two races, he had to start the second battle from 34th but made a stunning start, gaining 10 places on the opening lap and continued to move forward, getting up to 19th position by the time the chequered flag came out at the end of lap 11.

This meant a better starting position for the third and final race of the weekend as he lined up 21st and got another clean getaway, moving up to 18th on the first lap. Picking up another few places over the next few laps he was up to 15th by lap five and had looked on course for a points finish until just losing out on the final lap and crossing the line 16th.

Luke Verwey:
“Overall it wasn’t a bad weekend but I was on the back foot after qualifying which meant I started the first race quite a way back which was not where I wanted to be,” he said.

“I got a decent start but then had an issue with the throttle so had to pull into the pits to adjust it. After that it was hard because I was just trying to catch people and use the race as wet practice.

“Sunday’s races were better but I think it was always going to be hard to come back from Saturday’s crash. It was dry all day but it did start spitting a bit and I think once you’ve had a crash it becomes more like psychological rain rather than physical slipperiness but overall it was good – I started 34th and finished 19th so I made up 15 places.

“In the final race I started in 21st and I finished in 16th. I was in 15th for most of it but I was just struggling with my braking a bit at the end. I finished 16th so I can’t really complain.

“All in all I’m happy with how the weekend went and am looking forward to the next round.” 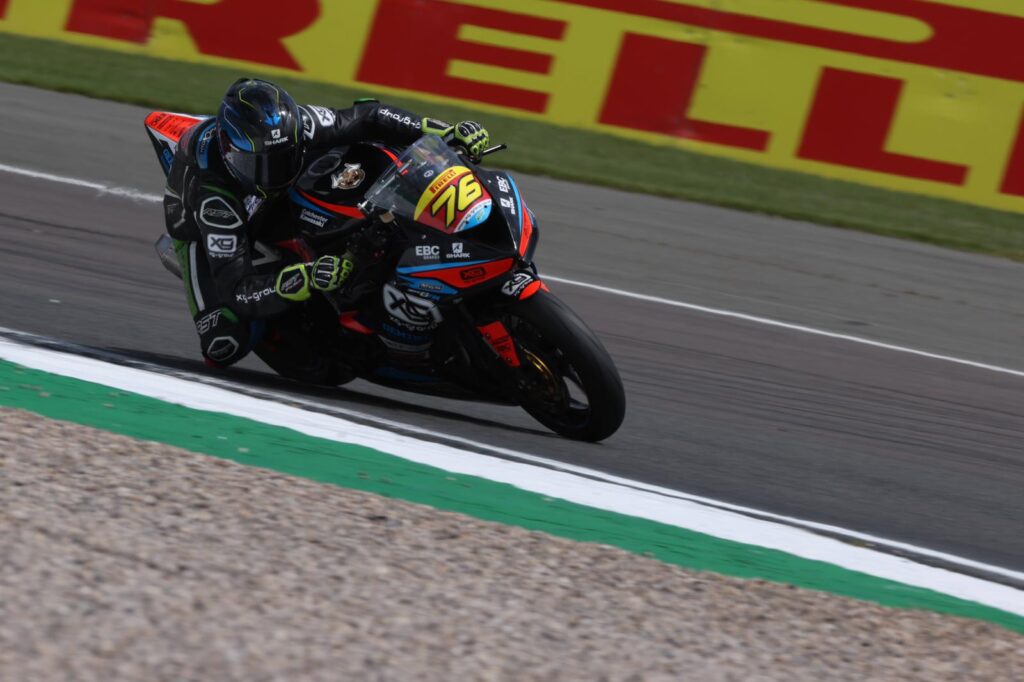 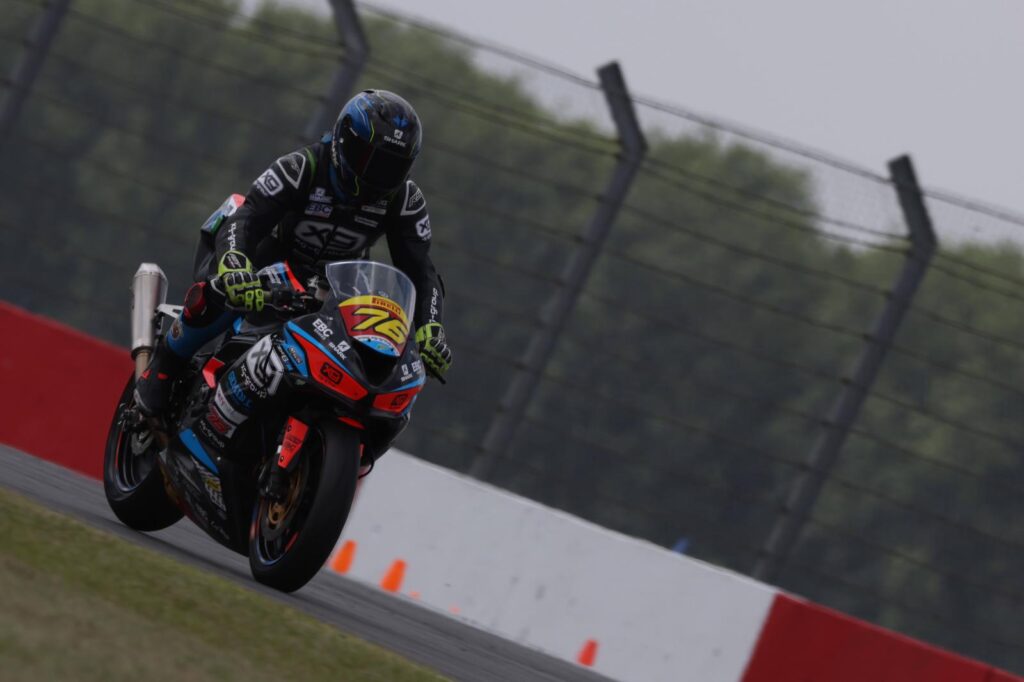