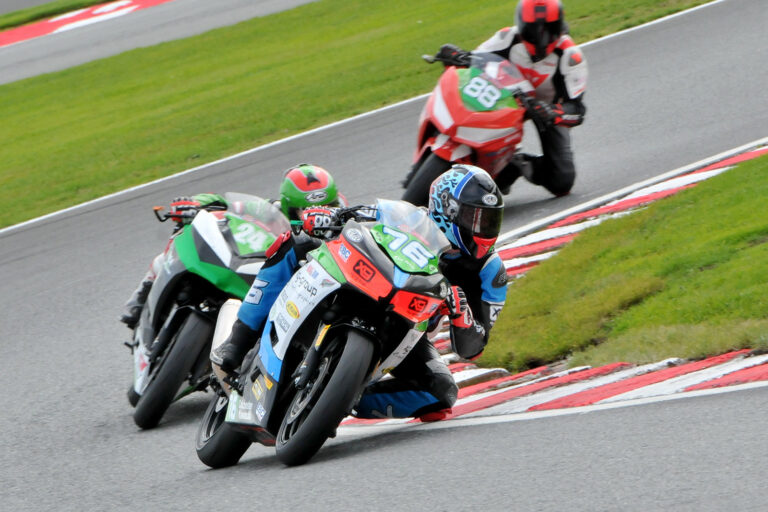 Luke Verwey added nine points to his seoints tally thanks to a seventh place finish at Oulton Park at the weekend in the latest round of the Dickies British Junior Supersport Championship.

Qualifying fourth, he had hoped to challenge for the podium, but the XG Racing Kawasaki rider narrowly missed out on sixth at the flag in the opening race of the weekend.

Unable to finish race two after a crash on the final lap when running fifth, Luke has moved up to seventh overall in the championship standings courtesy of the points gained in the opening ten lap encounter.

The final two races of the 2018 championship take place at the Brands Hatch GP circuit on 12-14 October.

Luke Verwey:
“It was a positive weekend in many ways, especially with the second row qualifying and the solid result in race one but the final race was hectic. I was involved in a battle for the whole race. I’d pass in the corners and be overtaken down the straights. By the time the last lap came I had opened a bit of a gap and went defensive to prevent losing the place when I was t-boned. It really sucks as I would have been fifth and it would have been really good for the championship, but stuff happens and that’s racing. I love the Brands Hatch GP circuit, it’s one of my favourites so I’m really looking forward to racing there for the final two races. I’ve tried so hard all year to get on the podium so I’m hoping that Brands, with all the fast flowing corners will enable me to do it there. Massive thanks to all my sponsors. See you in a few weeks.”