SIXTH AND SEVENTH AT SILVERSTONE FOR LUKE VERWEY 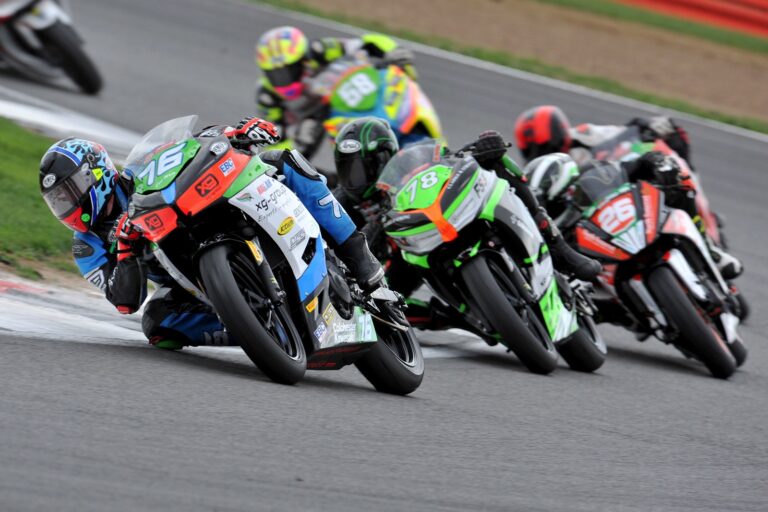 A solid seventh and a strong sixth position added a valuable nineteen points to his season’s tally and saw Luke Verwey close to within two points of seventh overall in the Dickies British Junior Supersport Championship after yesterday’s two races at Silverstone.

The #76 XG Kawasaki rider was at the head of the second group of riders in both races around the short ‘National’ circuit, with Luke recovering from average starts in both encounters, putting in some aggressive yet decisive overtakes to set himself up for a front running end to the 2018 season.

Involved in two more multi rider fights from lights out to chequered flag is enabling Luke to hone his racing skills and with only a week until he’s back on track confidence is high as the championship moves to Oulton Park next weekend.

Luke Verwey:
“I was seventh in race one after I made a shocking start. I played catch up and had to avoid riders crashing in front of me which stopped me getting any higher. I was down in tenth at one point and so I am happy with the fight I put up. Race two was great fun. There was loads of overtaking and I finished sixth but could have been fifth it was that close. I was passing people left and right and through the middle it was an awesome race. It was probably one of the best races of the season in terms of my race craft. Overall it was a good weekend, I am happy with the results and can’t wait for Oulton.”