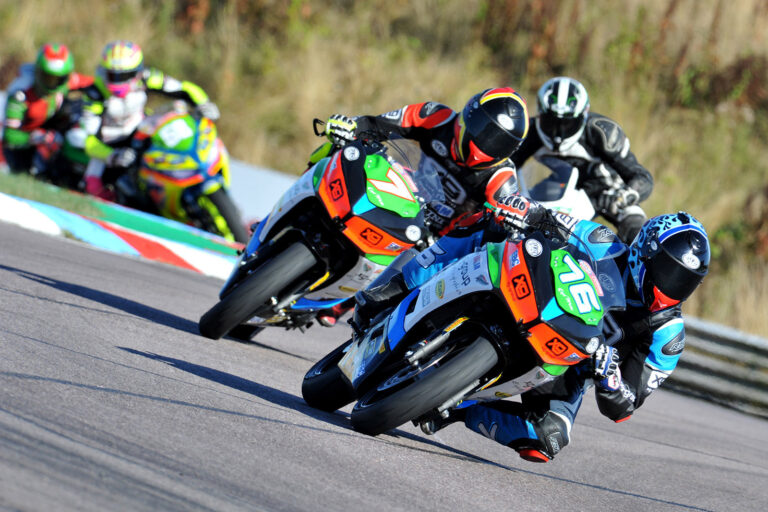 Luke Verwey moved into 8th position overall in the British Junior Supersport Championship after a brace of top ten finishes at the fastest circuit in the UK, Thruxton this weekend.

A new track for the XG Racing Kawasaki rider, Luke rode sensibly on Friday learning his way around the ultra-fast circuit near Andover, before racing to seventh and ninth in the weekend’s two ten lap races, results which move him into eighth overall in the championship standings.

Luke is delighted to announce that before the next round of the championship he will make an appearance on stage at the annual Day of Champions at Silverstone on August 23rd alongside many stars from the MotoGP paddock to raise money for Two Wheels For Life.

Luke Verwey:
“I made a good start from fifth on the grid in race one and was running third. For the first few laps I was able to hang on as the leaders were fighting so hard that they actually were slowing the pace. I lost the slipstream just after half distance and once I lost the tow I was left on my own. I had a bit of a gap so tried to finish the race doing qualifying laps which was fine but the group behind were working together and slowly closed me down. I dug deep but on the exit of the last chicane me and another rider made contact and I lost the drive which meant I finished seventh. The second race was better. I was up there and mixing it but when the leading group put the hammer down I made a few mistakes and lost them. It was another lonely race and just like in Saturday’s race I was the one at the front of the group which meant everyone behind me could slipstream me which they did on the last lap into the final corner. On one hand it’s a bit frustrating as I was really aggressive onto the final run to the line but I just clipped the kerb which lost me time. There are many positives to take from Thruxton though. It was my first time here and I have moved up overall in the championship and most importantly I have shown that I have the pace of the leading group. We have a few weeks off now but I am really excited to be taking part in the Day of Champions at MotoGP so I really hope that the fans come and say hi.”