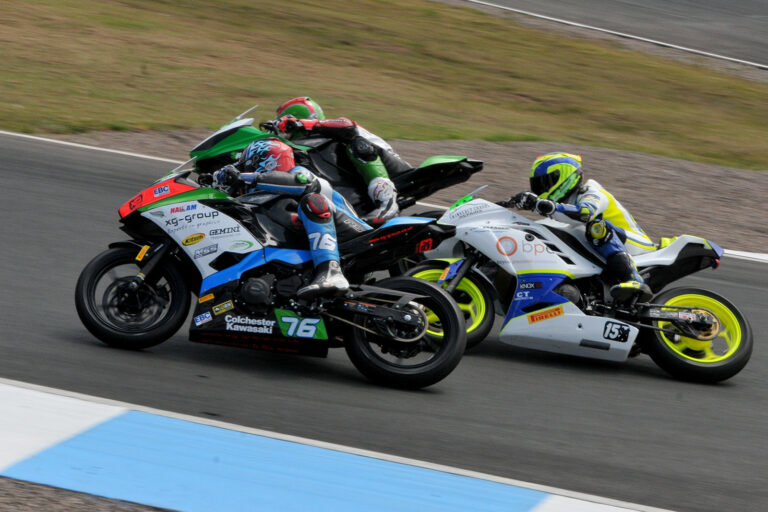 A triple top ten elevated XG Racing Kawasaki rider Luke Verwey into the top eight of the 2018 British Junior Supersport Championship after a solid points haul from the weekend’s four race at Knockhill in Scotland.

Eight in race one, ninth in race two rounded out a strong Saturday, giving the #76 rider a confidence boost ahead of what would be two hard fought encounters on Sunday.

Unable to finish race three, Luke bounced back in style to salvage ninth in race four after a titanic battle throughout the fifteen lap race at the Scottish venue.

Close to seventh he can look forward with renewed optimism to the series’ next round at Thruxton at the beginning of August.

Luke Verwey:
“Race one was pretty decent although I had a few issues in being able to hold the line I wanted after the chicane which was something I wanted to work on in race two. I learned a lot in race two as there was a lot of passing between the group I was in which really helped my racecraft. Race three was ok. I was about eighth before I dropped back to tenth after I left the door open. I dug deep and improved my lap times by over a second and was catching the group ahead when I went down. The final race I was determined not to make a mistake and used my head to finish ninth at the flag. I was in a great fight for the whole fifteen laps and proved that I have the pace to run closer to the front for the rest of the season. Big thanks to the team for rebuilding the bike and to everyone who is supporting me.”