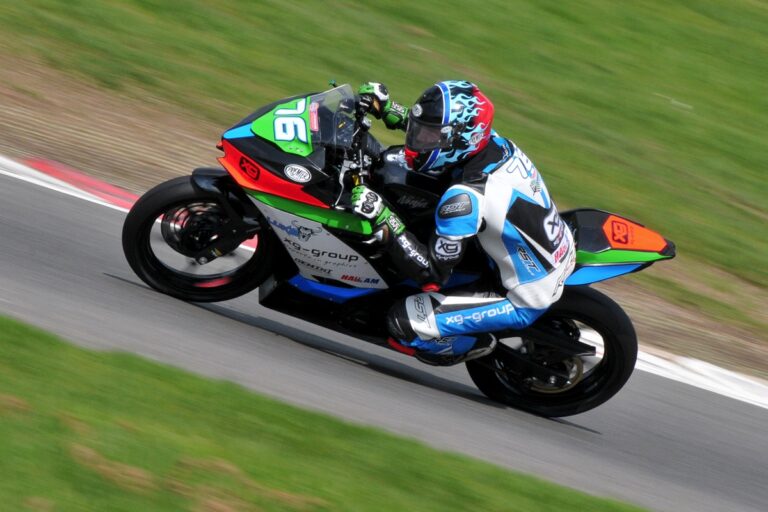 Luke Verwey bounced back from a race two crash at Donington Park with three front running performances at Brands Hatch this weekend aboard his XG Racing Kawasaki in the Dickies British Junior Supersport Championship.

After initially qualifying on the second row of the grid the #76 rider rode hard in all three 15 lap encounters amassing 30 points thanks to a 6th, 5th and 7th place finish across the two days.

As in the season opener, Luke was embroiled in several race long fights with his brother and team mate Kade, the pair seemingly set to battle it out until the season finale.

With a points tally of 43 after the opening five races, Luke is now back in contention for the top six at the very least, currently sitting in seventh.

Luke Verwey – 6th, 5th, 7th:
“Race one was ok but I could have done better had it not been for some small limitations with the bike. I did my best and was able to finish in the top six. Race two was better. After a couple of laps I was in the battle for fourth but then someone crashed. I made a move on Kade for third but we caught a massive group of backmarkers and I chose the wrong route passed them. I made a bad start in race three which made me lose the group a bit so I lost the slipstream. I tried as hard as I could but I could only manage 7th. I am looking forward to the next round and we have plenty of time to make sure we have all of the upgrades that we are allowed. It was great to see Leon win his first race in BSB so congrats to him and thanks for the help he is giving me. Thanks also to the team and everyone that is supporting.”