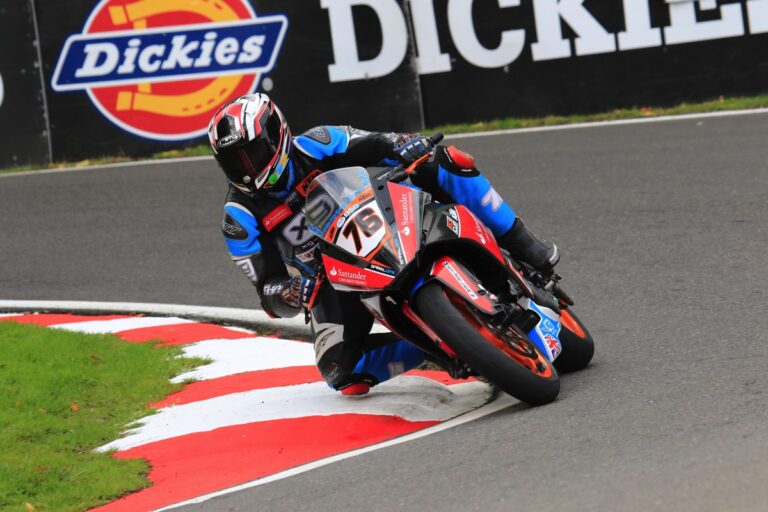 With just two short years of on track experience under his belt, 19 year old Luke Verwey will embark on his most serious racing season to date – the 2018 British Junior 300cc Supersport championship.

Racing for the XG Racing Team aboard an all new Kawasaki 400cc machine prepared by MSS Performance the talented teen is looking to build on 15th overall in last year’s KTM 390cc Cup and is already counting down to the season opener at Donington Park.

In addition to having already started an intensive training regime, Luke will be mentored both on and off track by former World & British Superbike runner up Leon Haslam, and has already spent several productive days in Valencia with the ‘pocket rocket’ and Moto2 star Sam Lowes.

Prior to the season launch in March, Luke will also unveil a new logo and website which in addition to an increased social media presence will, he hopes, make it easier for the fans to engage with him during the year.

Luke Verwey:
“I will be racing in a new championship on a new bike so it’s a great opportunity for me. The 400cc Kawasaki looks mega and should be one of the fastest bikes on the grid. I’ve been training on and off track all winter and have just come back from Spain where I was able to spend a few days with Leon Haslam who will be mentoring me this year. The past two years were all about learning the basics really whereas this year I feel confident and I am ready to get stuck in and fight for podiums. Working with Leon is fantastic. Being able to see how he trains and how he prepares is invaluable and I am already learning so much.”